or send us a message below 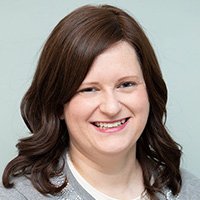 Here I was, with summer plans to take my kids swimming, to water parks, and splash pads. On hot days, what could be better then seeing everyone cool down in some water?

Of course, life doesn’t go as planned. Early this summer my 2 year old son fractured his lower left leg on a trampoline. Instead of splash pads that week, I took him to the Hospital for Sick Children. At the time I didn’t know what was wrong, but that he was clearly in pain.

To my surprise the staff pediatricians in the emergency departments were younger then I’ve ever remembered. The doctor on call played cartoons on his iphone for my son while the other doctor attempted to assess his legs for any fractures.

Unsure whether he had injured his right or left leg, they requested a requisition for xrays of both legs. He wasn’t able to stand or walk which indicated that it was likely a lower limb injury.

Now being up at 3am with a toddler is already quite the disruption, but now I had to hold him down on an xray table, as still possible, and in the various positions required for proper pictures to be taken. This was not easy. My son is little, but boy is he strong.

To my pleasant surprise, as I entered the xray department I saw paintings all over the walls of different animals being xrayed. It was kind of cute actually. And as we entered the room with the xray machine I see around me a mural of the most beautiful artwork.

From floor to ceiling the walls were covered in a beautiful sky blue colour, with pictures of polar bears, penguins and snowmen. As I pointed out the different animals to my son he seemed to calm down a bit. We are use to talking about penguins at story time, so he was familiar and quite intrigued by the life size paintings on the wall.

The whole ordeal was exhausting, upsetting and unexpected. My son was put in a full leg cast for 4 weeks and left to learn how to walk with one bent leg, which he did so proficiently. No water parks for half of the summer 🙁

But what did happen was that I got to see how such a high caliber hospital tends to more then the physical needs of its patients. The thought of having beautiful imagery to distract frightened children helps facilitate a better experience for the child (and parent), but also goes to show the importance of being mindful that our bodies are not just machines that need fixing, but that they are actually one component of an intricate system that also includes the psychological and spiritual, and these aspects cannot be separated.

We believe in identifying the root cause of your symptoms and really listening to how you personally experience those symptoms.